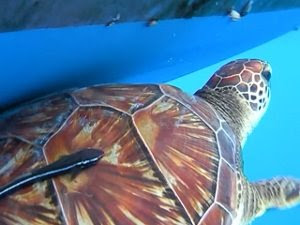 I am not a big fan of the ITCZ. The blue skies, wispy clouds and brisk
breezes of the tradewinds seem a long time ago, and I have spent too
long already meandering around in this gloomy Equatorial belt of
lowering black clouds, fickle winds and frequent rain squalls. No wonder
the sailors of yesteryear used to dread the doldrums.

Today has been another day of frustrations.

6am: Wake to find that I have achieved my biggest ever overnight mileage
– in completely the wrong direction. Am now 15 miles further away from
Tuvalu than I was when I went to bed.

8.30am: Have spent two hours slogging into headwind for negligible gain.
Consider putting out the sea anchor for the first time this voyage. Have
morale-boosting breakfast of hot porridge.

10.30am: Fortified by porridge, had decided not to put out sea anchor
but to carry on rowing. Wind is backing from SW to SE, which is not
great but is marginally better.

1pm: The wind carried on swinging around to East, allowing me to make
some good progress south, but now a very big black squall has hit, with
rain and winds gusting over 30 knots. Retreat to cabin.

2.30pm: Squall over, but it has broken the wind, so to speak. Squalls
often leave very changed conditions in their wake. The wind has gone
from easy East back to sodding South. Resume the slog.

4pm: Another squall. Unfortunately it doesn't change the wind back
again. In fact, now there's no wind at all. But that's okay. Manage to
make some progress south.

7pm: Take break for dinner. Another hot meal – freeze-dried chicken pot
pie this time. Discover crunchy veg snacks Ellen gave me in Hawaii. Very
good indeed. Feel quite cheerful, but as I'm eating the wind rises
dramatically. There is nothing else for it – I'm going to have to put
out the sea anchor. Sigh.

Sea anchors and I have a bad history. If you've seen the video of me
clambering over the roof of the fore cabin, knife in teeth, that was to
deal with a sea anchor. I've also had sea anchors fray through their
line, twist themselves into all kinds of unfeasible contortions, and
generally cause me headaches and hassle.

So far this voyage I haven't needed to use the sea anchor, but I'm not
keen to repeat last night's fiasco. So out it went, just as the light
was fading. To my puzzlement and consternation, it has caused my course
to shift from NW to due north, now veering slightly around to the east.
I might even cross over the exact spot where I was about 4 hours ago.
This was not at all the intended effect. But there's not much else I can
do. Lord only knows where I'll be by tomorrow morning… back in Hawaii,
at this rate.

[photo: last turtle picture for now – with a closeup of the fish that is
prime suspect for the indecent assault on my derriere a few weeks ago.
Hunter – a wrasse on my ass, or a remora on my rump?! The wrasse
definitely rhymes better, and looking at this picture the suspect looks
quite wrasse-like to me. There was another one attached to my boat.
Maybe they've set up shop as a cleaning station right here under
Brocade?]

Birdbrain the booby bird has deserted me. Maybe he was fed up with the
doldrums too. This afternoon he flew a few circuits of the boat, making
as if to land but then skimming away again. Each time he passed over me
I looked up in trepidation, worried he might choose that precise moment
to release a poop bomb. But he didn't, and then he was gone. It's been
several hours now since I last saw him. I feel almost sad. Abandoned,
rejected, bereft. To remind me of his sojourn on board Brocade I have
only a few white streaks on the fore cabin … and a very bad smell.

For those not familiar with sea anchors (and why should you be, come to
think of it), picture a round parachute, about 10 feet diameter, on the
end of a 100-yard long rope. And that's about it. It's attached by the
rope to the bow of my boat, and is deployed underwater to grab hold of a
big chunk of ocean and stop the boat from being blown too far by the
wind. When I need to pull it back on board, it has a tripline attached
to the apex of the parachute. When I pull on the tripline (which is also
attached back at the boat) the chute collapses like an umbrella being
closed, so it can then be pulled back on board. That's the theory.
Reality sometimes differs.

Thanks, Kevin, for the latest Hawaiian lesson. This week's word is noke
– very apt for today. To persist, continue, repeat, persevere, keep on;
perseverance, persistence. I will, although it's just as well I don't
have any choice in the matter…

Thank you, wm.spinks, and everyone else who is not only supporting me,
but is telling other people about what I am doing and why. I really
appreciate the word of mouth – it all helps to spread the message in the
most effective way known to humankind. And thanks also to the people who
have signed up to support my mission on a regular basis. You are very,
very kind, lovely people!

Hi, Jeremy Stuart – looking forward to catching up the next time I am in
the Bay Area.

Stuart Coleman in Hawaii – lovely to hear from you! Thanks for the words
of encouragement. Hope the new book is selling well.

Walt – thanks for all the info on turtles as totems. Great stuff. You
asked about my association with NOAA – I've had contact with many people
in the organization, but no kind of sponsorship arrangement as yet –
although I would be very interested to find out more.

Evan – I would LOVE to see a leatherback turtle. 9 foot across – wow!
I'd be tempted to lasso him and hitch a ride! (although if he's
endangered I suppose that would be frowned on). Thanks for the great
info about how to conserve these amazing creatures.

Joan – GREAT idea about the Buy Roz A Drink party! Boy, by the time I
get out of this ITCZ, I'll have earned it…!

Q: I know you have blogged that on this leg of the journey, the
temperature has been quite high, but I was wondering if hypothermia has
been a concern on any of your crossings. Do you have a way to warm up if
you should need to?
A: Leaving from San Francisco I got seriously cold – particularly after
the sun set. Fortunately I've got the world's best sleeping bag for the
ocean, from Ocean Sleepwear. It's lined with super-thick fleece, two
layers, inside a waterproof outer shell. I could crawl in there cold,
wet and clammy, and in a while I'd be all warm and toasty. Bliss!

Q: I am not an engineer but I have been wondering why the aft cabin on
rowing boats are larger than the fore cabin? If the fore cabin was
larger(like on a pocket sailboat) it would seem to handle a headwind
better and give a slight push with a tailwind.
A: I was wondering exactly the same thing myself, as I slogged my way
into a headwind today. I don't know, because I'm not an engineer either.
Maybe some advantage to having the weight (of a sleeping person) in the
stern, and the sleeping cabin needs to be higher?