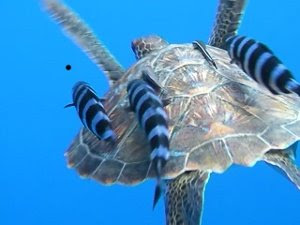 At the end of today, after a hard day's rowing, I am further away from
my goal than I was at the start. This does not make for a happy rower.

This morning I was in fine fettle. I had come to a decision on Tuvalu vs
Tarawa. Tuvalu would undoubtedly put me in a better position to get to
Australia next year, and was starting to look increasingly do-able. I
did some calculations based on my progress through the northern
hemisphere trade winds, and reckoned that if I could cross the Equator
between 175 and 176 degrees West, then I had a pretty fair chance at
being able to reach Tuvalu if the southern hemisphere trade winds were
roughly the same strength.

And I am already between 175 and 176 degrees West, so all I needed to do
was row due south, and we'd be golden. Right? Wrong.

This morning was no problem. The wind was light, allowing me to make
some useful southerly progress. I was being pushed east, but that was
okay – all the better to line up for Tuvalu. But then a series of
squalls around lunchtime changed everything, and the rest of the
afternoon was very frustrating.

Part of the problem was that the wind was coming from the wrong
directions – anywhere between due south and due west, neither of which
were good. I can row with the wind. I can row across the wind. But I
can't row into the wind. This boat is too bulky and I just can't make
any headway.

And the wind speed kept changing, so I had to keep adjusting the rudder
just to stay pointing in the same direction. It made it very hard to get
any rhythm going, and as you'll know if you've tried running in a big
city marathon where for the first few miles you're having to duck around
people, speeding up, slowing down, it's far more tiring to exert
yourself when you can't find your rhythm.

So I got pretty cranky. I've definitely been spoiled. So far this stage
my progress had unusually predictable – a pretty consistent 30+ miles a
day. On the Atlantic, and Stage 1 of the Pacific, were very different
stories. I was often blown backwards, despite use of the sea anchor to
mitigate the effect of adverse winds. In fact, on Stage 1 of the Pacific
it took me 6 weeks and 3 attempts to break free of the California coast.
I kept crossing 124 degrees West, only to get blown back again. Out,
back, out, back, and then finally out and free. So today should be no
big deal for me really. But it's amazing how soon I'd started to think
of favorable conditions as a right rather than a privilege.

By tonight I was fed up with the whole charade, so I cheered myself up
by having my first hot meal of the crossing. I haven't wanted hot foot –
the temperatures have been sweltering. But today has been overcast and
almost cool by comparison, and I decided some comfort food was in order.
So I dug out the cook stove and kettle and boiled up some water to mix
with my freeze-dried chilli con carne. It may not be consistent with my
rawfood detox diet, but I have to say, it absolutely hit the spot. Funny
how much better life can seem with a bellyful of hot food.

[photo: another pic of yesterday's visitor, with his little entourage.]

Do you see the thin fish that has attached itself to the top right of
the turtle's shell in the photo? I think that's the same creature that
latched onto my bottom a few weeks ago when I was cleaning barnacles off
the hull. I'm not sure I'd pick him out in an identity parade, but I'm
pretty sure. Any idea what he is?

Nicole and I recorded our last podcast together today, before Leo
returns from his trip to China next week and we resume our usual
Thursday format. Nicole and I had a good chat about all kinds of stuff,
particularly the challenges of trying to land on a tiny dot in a very
big ocean. You can find the podcast (30 mins approx) via the RozTracker.

Speaking of the RozTracker, I gather it has a load of cool new features,
including latitude and longitude, and a streamlined way of presenting
the tweets, blogs etc. Thanks, Evan! I just wish I could see it too!
Can't wait to get back to dry land and get a decent internet connection.

You might be interested to learn (and Naomi in NY, I'm thinking of you
in particular, and your walk across England) that we are planning to
market the Tracker product to people who are planning their own
adventures, to enable them to share the experience through social media.
It's too early to be specific, but we hope it will be available from
early next year. I'll keep you posted.

Due to a technical hitch I haven't received the comments from
yesterday's blog. So I'm sorry I can't respond to any of them here – but
I'll try to catch up tomorrow. So I'll sign off for now, get an early
night, and hope that the weather has come to its senses by morning…

Weather report (I don't really want to talk about it, but if you really
want to know):