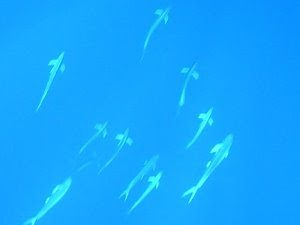 Thursdays are media days – when I record my podcast with Leo and also
make a short video to be inserted into its prepared shell and posted to
YouTube. But apart from my mulitmedia activities today was fairly
unremarkable. I tried listening to the audiobook of Revolutionary Road
but it was too depressing.

So I decided to amuse myself by compiling a list of my favorite film
scenes. Not the movies themselves, note, but most
entertaining/amusing/dramatic scenes. Kept my brain busy for several
hours. Sometimes you just have to make your own entertainment!

7. Four Weddings and a Funeral – the first scene, where they have
overslept and are late for the first wedding. Never has the f-word been
so entertaining.

6. Apollo 13 – Ed Harris, tipping a random selection of objects onto the
table at Mission Control: "Come on people, let's work the problem" With
Ed Harris on their side, failure is indeed not an option.

5. Indiana Jones (can't remember which film) where the Arab-type guy is
threatening Indie with an impressive and lengthy show of swashing and
buckling with his scimitar. Indie pulls out his gun and shoots him.
Violent and pointless, I know, but very funny.

4. The Sound of Music: Julie Andrews is making her way from the convent
to the Von Trapp house for the first time, full of trepidation. She
sings "I Have Confidence" and talks herself into an ebulliently positive
frame of mind. Then she arrives at the gate to the mansion. Her
confidence waivers. She whispers "Oh help" I know that feeling so well….

3. Blade Runner – the Rutger Hauer death scene as the rain pours down
his face: "I've seen things you people wouldn't believe…" etc. I wish I
could remember all the words. It's so beautiful.

2. The Commitments – Billy the band manager goes to visit one of the
band members, who lives on a run-down housing estate in Dublin. He gets
into the lift, which is already occupied by a small boy and a horse.
"You're not going to take that horse in the lift, are ye?" "I got to,
sir. The stairs'll kill him." Love it!!

1. The Life of Brian – Brian has been rather surprised, when he flings
open his bedroom shutters, to find a crowd of several thousand people
waiting below. As he's trying to persuade them to clear off and stop
following him around, he says, "You're all individuals". "We're all
individuals," they chorus in unison. Then, with perfect comic timing, a
solitary little voice pipes up, "I'm not". The more you think about it,
the funnier it gets!

Ahhhh, I do like a good film. I'm sure there are lots of other classic
movie moments, but these are the ones that came first into my head.
Sorry if you wanted a blog more about ocean rowing, but there's a limit
to how much can be written about rowing 10,000 oarstrokes a day….

[photo: the cancan-dancing porpoises didn't show up today, so here is a
pic taken yesterday of the procession of fish that swam under my boat
for a while]

Devastated to hear about the deaths of Michael Jackson and Farrah
Fawcett. (Nicole emailed me to let me know.) As a little girl I was a
big fan of Charlie's Angels, although for some reason I wanted to be
Jaclyn Smith rather than Farrah. But Farrah was, of course, the icon.
And Michael Jackson – what a talent, but in so many ways what a tragic
life. Someone who, literally, found it impossible to be happy in his own
skin. Farrah battled cancer, Michael fought his own cultural identity.
Both are now at peace, their battles over.

Other bad news reaching the rowboat Brocade today – my friend Sarah
Outen, rowing the Indian Ocean, suffered a 360 capsize, injuring her
wrist, breaking an oar, and spending some time in the water before
managing to get back into her boat. She was understandably quite shaken,
according to the email I received from her weatherman Ricardo Diniz. But
she is a strong and resilient young woman and I am sure she will get
over this scary episode. If you have a moment, please go to her blog (at
sarahouten.co.uk) and post a message of encouragement and support to
cheer her up.

I am informed that I crossed the 1,000 mile mark at 11:20:50pm Hawaii
Standard Time on June 24, 2009. Approximately. To the nearest second. I
think Nicole will be announcing the winner of the sweepstake in due
course…

If you haven't already, please sign the petition and make your views
known on the Waxman Markey Bill – also known as the American Clean
Energy Security Act – which goes before Congress tomorrow. Details in
yesterday's blog.

Thanks to Julie Johnson for the beautiful excerpt from "Down the Nile".
I really enjoyed it. Sigh. Reading such evocative prose makes me feel
like I should give up writing altogether and leave it to the
professionals!

Answer to Ann Onimous's question: How would you feel if you weren't
using your rowing adventure to bring attention to environmental issues,
and you weren't setting any records? Would you still want to row oceans?
(I'm guessing you wouldn't, it wouldn't be as much fun).
A: Records are not a significant factor at all. Eco awareness is a much
bigger motivation, but actually I probably would still have rowed at
least one ocean. I learned so much about myself, and about life, and
about facing challenges, when I rowed the Atlantic – I wouldn't have
missed that experience for anything! The main reason I've carried on
rowing, as you say, is to use what influence I can to bring attention to
eco issues. Just trying to do my bit to help.

And thank you all so much for the comments posted on Blogger, Facebook
and Twitter. I love reading them, and wish I had time to respond to all.
Be assured – they are VERY much appreciated!

All sounds good to me. Lighter winds would allow me to head on a more
southerly route, improving my chances of landfall sooner rather than
later. And I'm also quite happy to skip the heavy rainshowers and 35kt
winds. Ouch!