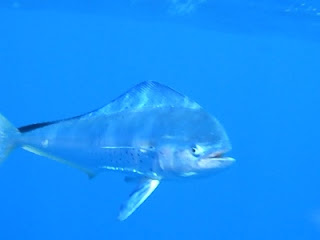 Today has been a strange day. The sea has been rough, really rough.
Chastened by the news of Sarah Outen's capsize on the Indian Ocean
yesterday (sarahouten.co.uk) I've been very careful.

But more than that, I've felt a little off-kilter, and have struggled to
figure out why. It seems strange, but the most likely cause appears to
be the death of Michael Jackson. I wasn't even particularly a MJ fan.
Yes, when I was 13 my best friend and I spent hours practicing the dance
routine for "Thriller" – but hey, who didn't? ('Fess up – surely my
friend Helen and I weren't the only ones?!)

My overwhelming feeling is one of sadness – not so much about his death,
but more about his life. He was so talented, so successful, so rich –
and yet apparently so unhappy.

Of course, I didn't know him. And I don't read the celebrity mags
(except at the dentist's, when nobody is looking) so I don't even have
those facts / factoids at my disposal. But my assumption is based on the
radical way he changed his appearance, from the cheery little black boy
who sang "ABC" with the Jackson Five to the strange, gaunt, pale ghost
of his final years. What does it say when you have such an uneasy
relationship with the man in the mirror?

Life, liberty, and the pursuit of happiness are the rights of every
American. But why does it have to be the PURSUIT of happiness? All too
often the pursuit seems to involve conspicuous consumption and cosmetic
surgery – and as routes to happiness these seem sadly superficial and
ineffective. Isn't it better just to BE happy, regardless of what you
own or how you look?

Again, I'm aware that I'm not an American, and I don't want to sound
critical. I think the same ethos has spread worldwide, including the UK
– we just haven't ever codified it in quite the same way as the US. And
it concerns me. There are values much more important, much more
conducive to true happiness than the accoutrements of celebrity – values
such as integrity, strength of character, right livelihood and empathy –
and I'd love to see these values prized more highly.

In many ways, Michael Jackson epitomized the American Dream, but his
dream seemed to go sour. I hope we can pass on rather different
aspirations to the next generation – aspirations that will lead them
towards TRUE happiness and fulfillment.

[photo: on a different subject entirely – I took these stills from a
video shot over the side of the boat this morning. I can't identify the
fish. Can anybody help me?]

Thanks for the comments on my last blog. I'm glad you didn't mind
indulging me and my favorite movie scenes. And honestly, I will get back
to talking about rowing again soon.

Eco Champion of the Day! DrKatyLancaster via Twitter: "Love the blog!
The car stays at home far more often as a result."

Thanks to Gregory for the quotes – I just love good quotes. Especially
like the ones from Tin Cup and Dead Poets Society.

Sinead and Cheryl – well done on the running, and I'm happy to provide
some inspiration. And you inspire me back too, so we're all happy!
Cheryl – thanks for the reminder to "Keep Faith, Expect Miracles"

Vern – great to hear from you. Hope our paths cross in the autumn.

Amyran – thanks for the hypothetical ship's log if you were to row an
ocean. Made me laugh! Totally agree on the Starbucks – oceans are
lamentably lacking in coffee shops. Amongst many shortcomings this is
surely the most egregious.

Rob Moir – thanks for the update on the Climate and Energy Bill. Good
news. I have some comments in response to the debate that seemed to rage
on this blog following my call to action, but will hold them back for
now in the interests of balance. When the time is right…