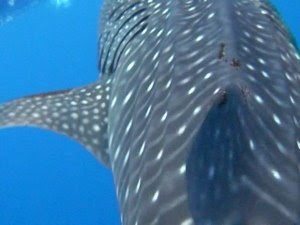 When they hear that I row across oceans, people often ask me why. It is
a very valid question. Why would a woman in her mid-thirties (as I was
when I started down this path) give up husband, home and a London salary
to go and row across oceans?

I sometimes feel like the question could be best answered by handing
over a copy of Paulo Coelho's "The Alchemist". This classic quest tale
sums up absolutely why I couldn't carry on living the apparently perfect
life I was living, and had to go in pursuit of what Coelho calls my "own
personal legend". If you want to understand me, look no further.

Today I listened to the book again (available on Audible.com, superbly
narrated by Jeremy Irons), and it resonated more than ever – probably
because I am in the midst of a quest right now. For those who haven't
read the book, or even for those who have, here are a few of my favorite
quotes:

"If a person is living out his destiny, he knows everything he needs to
know. There is only one thing that makes a dream impossible to achieve:
the fear of failure."

"Before a dream is realized, the Soul of the World tests everything that
was learned along the way. It does this not because it is evil, but so
that we can, in addition to realizing our dreams, master the lessons
we've learned as we've moved towards that dream. That's the point at
which most people give up. It's the point at which, as we say in the
language of the desert, one 'dies of thirst just when the palm trees
have appeared on the horizon'. Every search begins with beginner's luck.
And every search ends with the victor's being sorely tested."

"When we strive to become better than we are, everything around us
becomes better, too."

I read The Alchemist at a very formative stage in my life, and it had a
profound effect on me. Its principles were absorbed into the new
approach to life that was evolving at that time, and I can absolutely
vouch for their fundamental truth.

Read it, try it, live it for a while and see what happens. It's
powerfully life-enhancing stuff.

[photo: Another pic of the whale shark I saw yesterday – from this
angle, just above his dorsal fin, you can see his lovely markings.

Apologies to anybody who has had difficulty accessing the RozTracker
and/or RozSavage.com recently. The problem seems to be linked to the new
release of Internet Explorer, as people who use alternative browsers
such as Firefox or Safari have not encountered any trouble. A short-term
fix, inconvenient though it is, is for you to download Firefox from the
Mozilla.com website. It's free. Meanwhile Evan, our geek superhero at
Archinoetics, is laboring to find a permanent solution. Personally, I
blame Microsoft.

Gremlins are also having their way with network coverage for my
satellite phone. This morning I was due to call Nicole for one of our
regular updates, but couldn't get a signal and wasn't able to get
through until this afternoon. I had been warned that this might be an
issue as I approach the Equator. All my communications – Tweets, phone
calls, blogs, and Solaradata position updates – go via the Iridium
satellite network. So if there is radio silence for a while, please
don't panic. It just means that I am going through a black spot. The
Solaradata position updates are most likely to succeed, as that system
automatically sends an update every hour. The other postings depend on
me having coverage at the time when I want it, i.e. 3 or 4 times a day,
and I'm not going to sit round for hours trying to get a signal when
there is rowing or sleeping to be done. So if blogs appear late, or
Tweets appear rarely, please don't worry. Everything is probably fine,
and I will be back and posting updates as soon as I manage to get a
signal.

Today was very un-doldrummy. I was able to make some good progress
south, although now as I type this, after dark, I seem to be drifting
northeast. The wind is coming from the east, so it would seem I am
drifting upwind – which is surprising. There must be a current at work.
If so, putting out the sea anchor won't help – it would only harness yet
more of the current. Hmmmm.

The stars have been phenomenal the last couple of nights. I wish I could
share this sky view with you somehow! Unfortunately unphotographable.

Joan – good to hear about your Stone Mountain excursion, Glad you
survived those 8-inch swells! 🙂

Keli86 – hello Canada! Thanks for the cheers!

UncaDoug – I'll look out for the crescent moon. Will probably pass on
the eclipse, as I don't want to damage my eyesight and it's going to be
a bit challenging to make a viewer from what I have on board.

And thanks for all the other great comments. I'm feeling the love!

Q: Do you have a tattoo Roz?
A: No, I don't. I'm not against the idea – I just haven't felt strongly
enough about what symbol to put where to actually get it done. Right
now, if I was going to get one, it would be a small turtle, somewhere
discreet.

Q: New Zealand had an earthquake recently and it triggered a very small
tsunami.If a large tsunami came through your rowing area, would you even
notice it or just glide over it as over a very big swell?
A: You're right – I would probably just ride up and over it. I'm
probably in the safest possible place when it come to tsunamis!

Q: Just wondering if your book is going to be published as an audiobook.
Will you narrate it yourself??
A: Simon & Schuster don't have any plans as yet to publish it as an
audiobook – but of course I'm pushing for it. And yes, I would love to
narrate it myself, although I now have a very keen appreciation of good
narrators vs bad narrators – so I hope I'd be up to the job. At least
there wouldn't be too many different voices to do! (BTW, for newcomers
to the blog, my book "Rowing The Atlantic" is available for pre-order on
Amazon. It is published on October 6.)