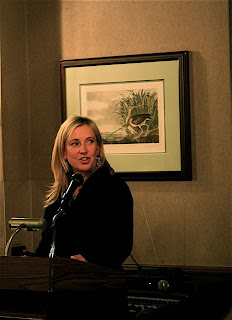 Changes they are a-coming, and currently all for the better. Yesterday I travelled from the mainland to Hawaii for the final countdown to the launch of Pacific Stage 2 on May 24. These next 5 weeks are going to be hectic and exciting. In the 2 months since Nicole came on board as my Program Director, developments have accelerated exponentially, with lots of spooky moments as things we wished for materialized almost magically.

Sometimes to my frustration, I haven’t been able to share many of these magic moments with anyone other than my journal, as most of our activity has been about creating partnerships and opportunities for an initiative to be announced soon, and I have a policy not to blog about things that lie in the future. I’ve learned a lot about how not to build up expectations that foster disappointment, and that things are rarely as good or as bad as we expect them to be. So likewise I try not to build up hopes and expectations amongst you, my lovely readers, in case things do not turn out as hoped. So over the winter my blogs have generally focused on the philosophical.

Now, as we enter the final phase of preparations, the focus will shift from philosophical to practical – and with a bit of luck the unveiling of this year’s Grand Plan to Change the World. We’re not quite ready yet to announce it yet, but the time is nigh.

Meanwhile, I am going to make a conscious effort to blog more often, to share with you the buzz of activity as all the plans we have been making – for both the expedition and the mission – burst into bloom.

Yesterday was hopefully not typical of this phase. It was a painfully early start, of the sort that makes the alarm clock into Most Hated Object. So I was already tired and my defences were low when I went with Ian Tuller, my volunteer Director of Boatworks, to take a first look at the Brocade. She looked pitiful. Tucked away in the corner of a gloomy warehouse, her paint was chipped, her decks were filthy, and her deck was cluttered with tools and boxes. I had a brief moment of despondency. But rather than dwell in the doldrums, we pushed on through, and slowly the tide turned.

We took out our To Do list and dutifully updated it. Then last night Nicole and I had supper with Joel from the JUNK raft – who is now on board to help Ian with the first wave of essential works to the boat. Today Ian collected the numerous packages that have been arriving over the last few weeks c/o Rick Shema, my weather guy, and we had a grand gift-opening. Thanks to Kakadu Golf Gloves, Green People, Powerflare, and Larabar for their generous contributions.

And as of this afternoon it looks as if we may have a very exciting new venue on which to work on the Brocade – where media, schoolchildren, and passersby would be able to come and view us as we pack the boat for the next row. But that one really IS still speculative, so I won’t jinx it by saying too much yet!

So we are on the up, and life is good!

Speaking at the Oxford Cambridge Boat Race Dinner in San Francisco on April 14.

With David de Rothschild of Adventure Ecology and the Plastiki project – Pier 21, San Francisco (I really must stop getting photographed with these tall guys! He’s 6ft 4in. I’m not.) 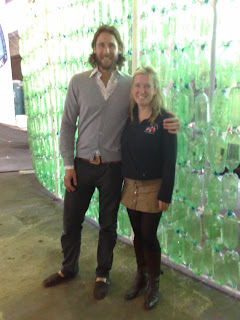 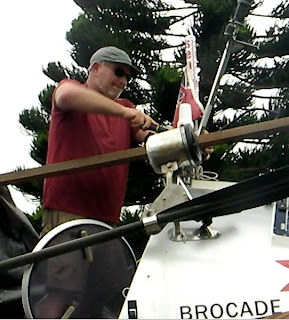