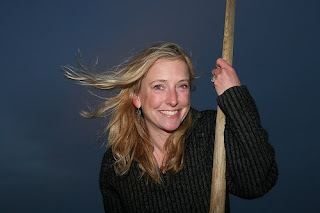 Today I heard that sad news that ocean rower Oliver Hicks has decided to temporarily abandon his attempt to become the first person to row around Antarctica. His ambitious plan was expected to involve 18 months alone in the Southern Ocean, in some of the coldest, windiest, most inhospitable waters in the world. But extrapolating from his rate of progress over the first 80 days, he realized that it would in fact take him around 5 years to complete the voyage. Wisely, he is now making his way to New Zealand to regroup and consider his next move.

Olly’s decision, while no doubt bitterly disappointing for him, allays the fears that I had when I first heard what he was planning to do. Having the maturity and strength to suspend his bid and modify his plans reassures me that ultimately his chances of success and survival will be good. Recently my friend Sarah Outen turned back from her first attempt on the Indian Ocean, but has now relaunched and is making excellent progress at the second try.

Ernest Shackleton, no stranger to polar climes himself, wrote that “It is better to be a live donkey than a dead lion”, and just two weeks after the death of extreme skier Shane McConkey it behooves the adventure community to be mindful of public perceptions of risk vs benefit.

But here I’d like to provoke some debate as to how accurate those perceptions are. Do we sometimes lose sight of real risk as opposed to perceived risk? Many people are afraid of flying, but apparently more people die on the way to the airport than die in plane crashes. Risk assessments are complex, and much can be done to mitigate the dangers. What I do in ocean rowing may be pushing the limits of human endeavour, but I carefully limit the risks – through careful preparation, comprehensive range of safety equipment, contingency plans, and the exercise of my very strong sense of self-preservation.

A dangerous thing done safely can be less risky than a safe thing done recklessly.

For example – this looks dangerous – and it is. He died.

While this doesn’t look dangerous – but it is. They die too.

And this looks dangerous – and I was scared – but I had limited the risks by setting up a safety line across the roof of the cabin and clipping myself onto it, so the risk of actual death was minimal. Believe me, I fully intend to die at an old age, peacefully in my sleep (ideally while in bed rather than while driving…)

And here I’d just like to point out that we ALL die. Death is not optional. Sooner or later, the Grim Reaper comes for each and every one of us. And this is an important realization. For me it was only when I acknowledged that I was going to die that I started to live. I realized that I didn’t have an endless supply of tomorrows, and that if I was going to have a life to be proud of, the time to start was now.

And I commend Olly for doing the same. He has an audacious dream, and he has chosen to go for it. The bigger the challenge, the greater the risk of “failure” – but the biggest failure of all is not even daring to try – and even an adventure that doesn’t go as planned can be counted a success if it has provided a useful learning experience.

I can imagine what he must have gone through to reach this tough decision – no doubt he considered the implications for sponsorship deals and finances, not to mention personal pride. But he had the guts to say, “You know what, this isn’t working. Let’s go back and make some changes and try again.” As it says on his website…

Go for it, Olly, and if I can do anything to help then you know where to find me.

It’s that exciting stage of the planning process where mysterious packages are arriving from all around the world. Recent product sponsorships include:
– sun lotion and skin creams from Green People
– vitamins from Biocare
– nuts and seeds from Wilderness Family Naturals
– gloves from Kakadu Golf Gloves
– antifoul from International Paints
– and huge quantities of Larabars from, errr, Larabar!

Next Thursday I fly to Hawaii for final preparations before my launch from Waikiki on May 24. Between now and then I am speaking at eBay (Monday), the Kiwanis Club (Tuesday lunchtime) and the Oxford Cambridge Boat Race Dinner here in San Francisco (Tuesday evening).

Meanwhile, work continues apace on the technology and partnerships that will support this year’s major environmental initiative, due to launch later this month. More news soon…

[Photo: me at Chesapeake Bay, Maryland, from a photo shoot with Doug DeMark last month]