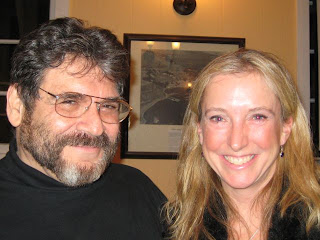 As I walked to the gym at dawn this morning (6 miles walking = less petrol used + less money spent + more calories burned) I was listening to a podcast called iProcrastinate. Useful stuff, and I’d like to share.

Recently I have been puzzled by my own behaviour. I spent a lot of time during November and December evolving my strategy for 2009, in collaboration with experts on the environment, public relations/media, political campaigning, and human psychology. I ended up with what is, in my humble opinion, an excellent plan for an initiative that will tackle our top-priority environmental issue from the bottom-up, the top-down, with an element of education in the middle.

Then the calendar ticked over into 2009, and my plan went from being “next year” to being “this year” – and what happened? Did I launch myself into the execution of my detailed plan with my customary enthusiasm, energy, and “just-do-it”-iveness?

No. I froze. I fiddled around. I faltered. In short, since Jan 1, I’ve been procrastinating.

Some of it is justifiable – “I’ll wait until people get their feet back under their desks” or “People’s email inboxes will be swamped – I’ll wait until the New Year’s rush has died down”. Even eating became a form of procrastination – after all, you can’t change the world on an empty stomach.

But my inability to JFDI (Just… Do It) was starting to stress me. So, to tackle the problem, I’ve been trying to understand what’s going on here. The iProcrastinate podcaster sees it this way: procrastination is an existential issue. We have a vision of where we want to be – our “intention”. And we have where we are now – our present “action”. And ideally we exercise our free will to direct our present actions towards our future intention.

So my actions now should be the implementation of my Grand Plan for 2009 – rather than regular visits to the refrigerator. (Calories burned by walking to refrigerator < calories consumed while at refrigerator.) What really struck home was when the podcaster suggested that the biggest obstacle to linking action to intention is the fear of failure. If you don’t try something, then you can’t fail at it – except, of course, that not even trying is the biggest failure of all. He talked about finding the courage to overcome that fear. Now, although I am not the most courageous of people, I am also not the most cowardly. And although my plan is big and ambitious, so was rowing the Atlantic. This brings me back to the tipping point idea again. I am now at the point where: stress at NOT getting on with it > the stress caused by just doing it.

OK. (Sigh.) I know this is going to be a lot of hard work, but as the first guy to swim the English Channel said, nothing great is ever easy.

So… watch out world, here I come. 2009 is now officially underway, and it’s time to JFDI!

Thank you very much to all who came to my presentation at the Presidio Yacht Club on Saturday night. (Photo of me with Ray DiFazio, one of the members of the band.) There was a fantastic turnout – the room was crammed, and I don’t think it was all due to the promise of dinner (which was excellent, incidentally – my compliments to the chefs).

A lot of people came up to me afterwards with questions, requests for photos, and promises of financial support. To those people, and anybody else who would like to help me make this year’s plans a reality, you can donate in any of these ways:
– via PayPal here, or
– online to the Blue Frontier Campaign (making sure to choose my project from the drop-down box), or
– by check to The Blue Frontier Campaign, P.O. Box 19367, Washington, D.C. 20036. Please make sure that the check is clearly marked in the memo field as being for Roz Savage, and indicate if you would like a letter of receipt for tax purposes. (The Blue Frontier Campaign is a 501(c)3 nonprofit organization.)