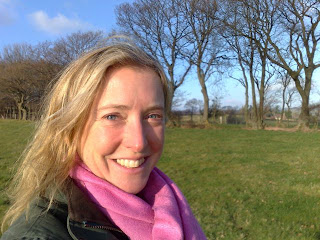 “Come the revolution!” became the rallying cry during my retreat at the Gaia Partnership in Herefordshire last week. Just in case this gives the impression that the centre was a secret breeding ground for radical eco-warriors, let me clarify – we were actually a group of well-meaning, middle-class, middle-aged liberals who just happened to care more than average about the fate of this planet. But even among these moderate types there was a poweful sense of urgency about the need for a more sustainable way of life.

I had arrived at the retreat wanting to reconnect with my environmental mission. I had been reading back through the journals I wrote in 2004, when I first became aware, truly aware, of the disproportionate impact that humans are having on the Earth. In 2004 I’d had a burning mission to switch to a greener lifestyle, and to use such influence as I could to persuade others to do the same.

But somewhere along the way my passion for the cause had waned, and I had started to doubt what I could achieve alone. At times I even lost sight of this mission that had driven my decision to row oceans. It is all too easy, in all the hurly-burly of activity, to forget the original reason for all the busy-ness. I needed to have my faith restored, and to feel that I could make a difference. And it worked.

Through my long walks through the wintry countryside (pictured above), the easy live-ability of the eco-house where we were staying, and the passionate conversations with my fellow eco-retreaters, I was reminded that there is a huge and ever-expanding network of people all over the world who do care about the Earth, and that if we all pull together we really can have an impact. I left with renewed hope that we can still limit the damage we have inflicted on our beautiful planet home.

Our mentor for the week was the energetic and enthusiastic Elaine Brook – author, former mountaineer, and former wife of a Nepalese sherpa. You can see Elaine talking about her eco-house and the joys of one-planet living on YouTube. The retreat philosophy was a gentle blend of Buddhism, sustainable living, and Gaia Theory – which states that humans are part of an intricate web of life, subject to the same laws of nature as any other living being – and that we cannot break those laws and expect to get away with it in the long term.

I left Peterchurch full of passion and enthusiasm for the challenges of the year ahead. It is going to be a formative year – both personally and globally. Our future as a species looks increasingly uncertain, but I now have a renewed faith that if we pull together, we can save the world!

Leave a Reply to The Psychlotherapist Cancel reply